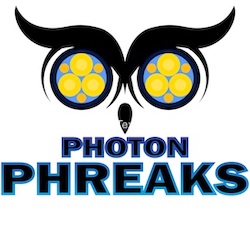 Why get into flashlight modding?

This is the start of a series on flashlight modding. Starting with Modding for Beginners before slowly progressing to more advanced techniques. Hopefully everyone at all levels will learn something new.

There comes a point in every flashlight enthusiast’s career when they discover there’s simply no light on the market that is good enough. What do we do when that happens? We make it!. Congratulations on achieving Hardcore status, and welcome to the Light Side!

How to mod a flashlight

Most flashlight mods require very basic skills, like rudimentary soldering ability, but there’s a couple that require almost no tools or special skills. I’m going to kick off this series on flashlight modding with the easiest modifications that don’t requires an specialty tools (for the most part. We’re going to start with modifying the shape of a beam.

Beam shape is primarily determined by the optic or reflector. Fun fact: Reflectors and what we call optics are technically considered lenses, while the glass or window on the front of a flashlight is an optic. Somehow the terms got reversed in our little hobby and that’s what we’re going to go with.

The practical reason hobbyists want to change the beam of a flashlight is we would like either more reach with the light (throw) or to illuminate a greater area (flood). There’s a secondary goal in modding a flashlight beam, and that is to remove any beam artifacts or tint shift. Snooty flashlight enthusiasts (if you’re reading this, that’s probably you. Or will become you) want a clean, pristine beam without any artifacts. Artifacts can be caused from the shape of the LED, imperfections in an optic, or a number of other thing. Generally limited effects on real world use, but we want our flashlights to be perfect.

The easiest way to significantly affect the beam of a light is by changing the optic or reflector, and the simplest optics to change are in triples, because it’s a fairly standardized optic. It’s possible to mod single emitter lights, but you need to find the right optic or reflector. More on that below. Strictly speaking no tools are necessary for this, however you may need strap wrenches to remove the bezel, If the flashlight has a one piece head with the pill installed from the battery side, spanner wrenches or snap ring pliers can be very handy.

Triple emitter flashlights (fondly referred to as triples) have been rising in popularity lately. Lights like the Lumintop FW3A and Acebeam TK16 (also available in copper) are becoming the standard EDC flashlight format. The neat thing about Triples like these is that almost all use the same optics to shape the beam, a Carclo Triple optic.

Available in a variety of beam patterns and manufactured by Carclo, you can generally swap triple optics by simple unscrewing the bezel or pill. u/gomert on reddit posted a great comparison. Your options basically are;

There’s a little insider trick with the frosted Carclo triple optics above like the 10508: Lightly polish the frosting with newspaper. It gives you a smooth beam while not being as floody as it is stock. Give it a go, they’re cheap enough to experiment on.

For bonus points, you can purchased drilled optics with the support legs drilled out. This allows you to drop in a tritium tube for some radioactive bling.

Another easy flashlight modification for the triples is product we designed in house. The Flood Ring is a glow in the dark drop in adapter that converts your flashlight into pure flood and no hotspot. Very useful for up close work, for example a mechanics flashlight, or a flashlight for HVAC technicians, electricians and plumbers.

A really simple mod with very pronounced effects is diffusing the flashlight beam. Whether you want to remove beam artifacts or even out tint shift (cough, cree ), diffusing the beam can be a significant improvement.

Holographic purpose-made diffusor film similar to what Luminit produces is ideal. It’s used by high end flashlight companies like Zebralight, but is expensive and impossible to get in small quantities. What do you use instead?

Originally intended as a privacy film for windows, DC-Fix is a static cling vinyl film that has been found to perfect as a flashlight diffusor film. The model you want is the Milky (formerly known as Sand) d-c fix 346-8052. It’s available in rolls that you can cut to fit your light.

If you don’t want to cut a perfect circle for your flashlight, Andy Zhu offers precut pieces for common lights:

There’s a few modding techniques left out, mainly because they aren’t as beginner friendly as the ones above:

Modifying you’re flashlight is surprisingly easy, go create the perfect flashlight for you! Further modifications generally require a bit more tools and some basic skills, I’ll be continuing this series by going more into what tools you’ll need for the fun stuff.

Copyright © 2020 PhotonPhreaks. Some links on this website may help compensate our authors through an affiliate program.